Join us for this year’s play!

Monkey in the Middle: The Scopes Evolution Trial

The temperature was hot, and tempers rose with the heat as Dayton hosted one of the most talked-about court trials in American history in 1925.

See that trial brought back to life July 14-15, 2023, but this time with air conditioning in the Rhea County Courthouse.

John Thomas Scopes, a Rhea County high school teacher, was charged with violating a new state law which banned teaching any theory of human origins that denied the account of creation as found in the Bible. What had started as a little case caught the attention of the world, and still draws people to see where it happened.

Monkey in the Middle: The Scopes Evolution Trial will bring that case to life once again in the courtroom where the trial happened between July 10 and 21, 1925.

Playwright Gale Johnson has taken dialogue from the trial transcript, and added a few lines to condense the eight-day trial into a play lasting approximately two hours. Actors portraying William Jennings Bryan, Clarence Darrow, District Attorney Tom Stewart and others repeat their arguments supporting Darwin or the Bible, majority or minority rights, parental control of schools and much more.

See the real story of the trial that put Dayton on the map. Come early, and you might even have a chance to serve on the jury!

Monkey in the Middle: The Scopes Evolution Trial is produced by the Rhea Heritage Preservation Foundation as part of the Scopes Festival July 14-15, 2023, with major financial support from the Tennessee Arts Commission, the City of Dayton, and Rhea County. 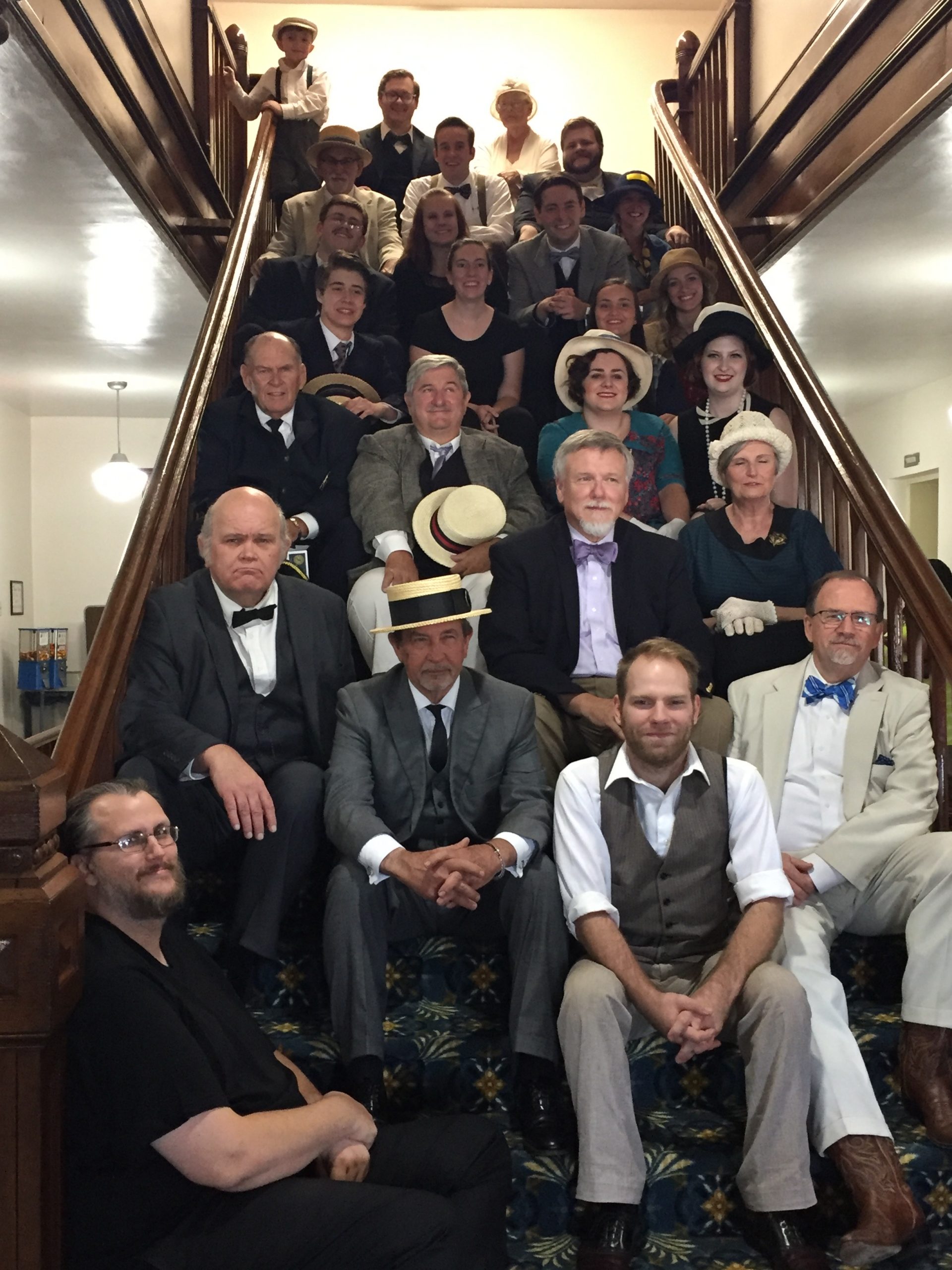 Located at the Rhea County Courthouse 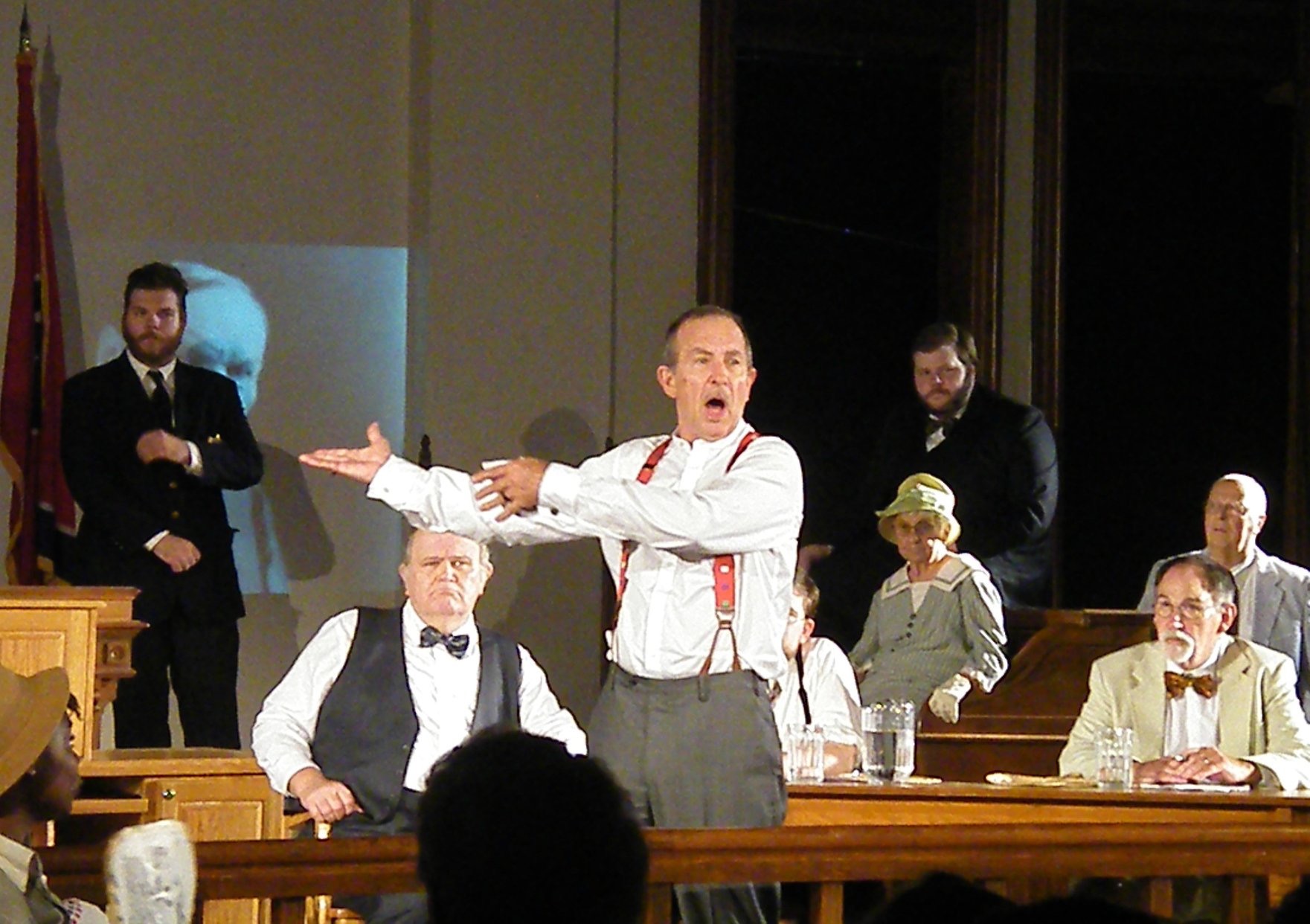 About The Scopes Trial Play

In the late 1988, an independent writer/producer visited Dayton with the idea of producing the play Inherit the Wind in the Rhea County Courthouse, scene of the 1925 Scopes Evolution Trial.

Frank Chapin was directed to Bryan College, where he met with Dr. Richard Cornelius, a student of the trial and William Jennings Bryan, who persuaded Chapin to try something new. Inherit, the classic play and movie, had been presented numerous times in the courthouse; instead, Dr. Cornelius suggested Chapin read the trial transcript and dramatize that. He did, and that July he directed The Scopes Trial: Destiny in Dayton, which included a number of descendants of trial participants in the cast.

The next year a festival was added, in an effort to recapture something of the circus atmosphere which surrounded the trial. Each year since (except for a year with casting problems and another because of COVID) the Scopes Festival has helped Rhea County remember its most famous court case.

In 2016, the Rhea Heritage Preservation Foundation was formed and took on the production and preservation of the Festival and Play.

A volunteer cast and crew each year brings to life the personalities including William Jennings Bryan, Clarence Darrow, District Attorney Tom Stewart, Judge John Raulston and other “characters” who captured the attention of the world with this trial in 1925.

Over the years, five different scripts have been presented: Destiny in Dayton, Monkey in the Middle, One Hot Summer, Front Page News and How It Started, all different interpretations of the trial and the surrounding story. The underlying commitment for each has been the Foundation’s insistence that the script be historically accurate. Unlike other plays or movies, the Scopes Festival plays must follow the facts of the case.

Of course, we sometimes are asked “Why didn’t you include…” in the play? The answer is simple: we have tried to summarize a trial which lasted eight days in a two-hour play, and we can’t get it all in. But if you really want to know the whole story, the trial transcript is for sale in the Scopes Trial museum.

We invite you to join us the third weekend of July for the Scopes Festival, and the Play about the case which put Dayton on the map. 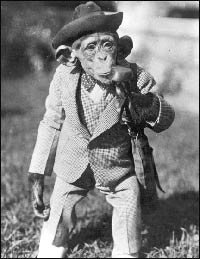 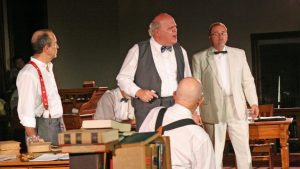 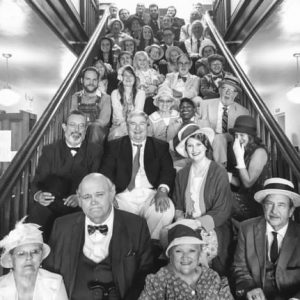 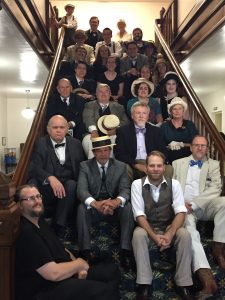 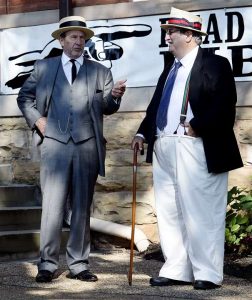 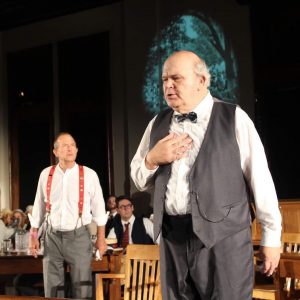 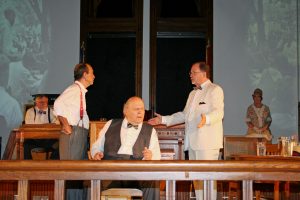 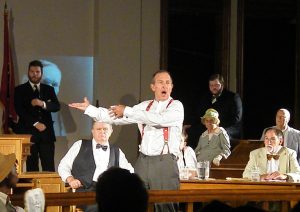 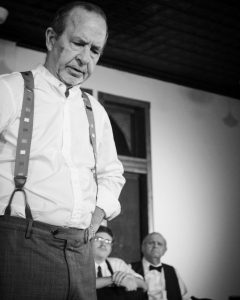 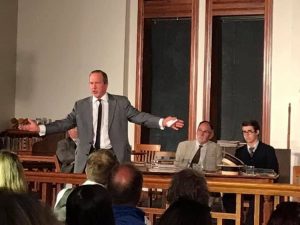 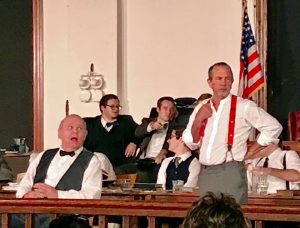 Be watching for casting calls to be announced soon!

The Rhea Heritage Preservation Foundation (RHPF) is proud to announce the release of FRONT PAGE NEWS on DVD, even as the COVID-19 pandemic has forced cancellation of the annual festival.

This DVD, produced in a joint venture by the RHPF and the Cumberland County Playhouse, was filmed by Public Television station WCTE of Cookeville, TN, and aired originally on that station.

FRONT PAGE NEWS is a dramatization of the 1925 Scopes Evolution Trial, which pitted three-time presidential candidate William Jennings Bryan, a leading spokesman for evangelical Christianity, against Clarence Darrow, arguably the premiere defense attorney – and outspoken agnostic — in the case of a teacher charged with violating Tennessee’s new anti-evolution law.

Beginning with the plan to test the new law, the story moves through efforts to recruit the teacher – John T. Scopes – through the entrance of Bryan and Darrow into the case, and acknowledges the worldwide interest in the case. With dialogue taken from the trial transcript and other historical records, viewers will get a glimpse of the case and the media circus which surrounded it.