Join us on Market Street on Friday night July 15 to enjoy the Evolution Cruise in. All types of cars, trucks, motorcycles, jeeps and even tractors! A  dash plate will be given to the first 50 vehicles to enter. Then you can vote for your favorite entry for the People’s choice trophy.

On Centennial stage from 6-9 you can hear 5 of the areas best singer/songwriters perform original songs. You will be awed at the level of talent in these people. Our festival vendors will be set up with crafts and food as well. Bring the family and have a great night out! 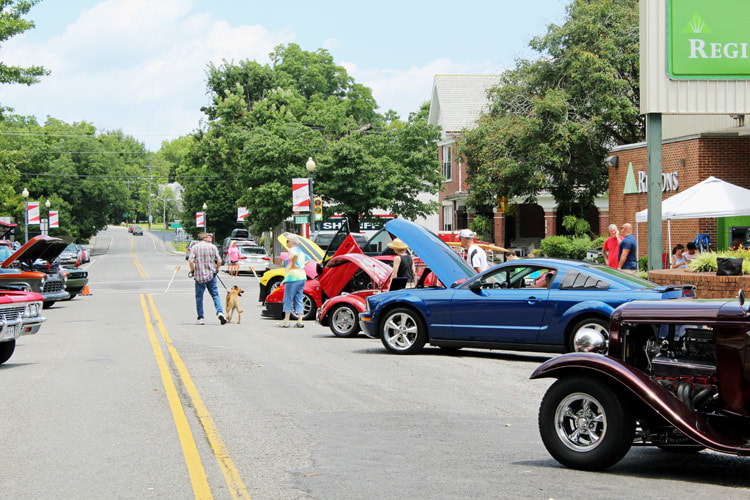 Saturday, Join us on the Courthouse Stage for Bluegrass music, the Centennial stage for Country-Rock music and the Market Street stage for  Dance, Storytelling and other entertainment at the Scopes Festival.  Enjoy all the entertainment the festival has to offer.

Then try your skill at axe throwing, see if you can dunk the teacher or coach in the dunk tank, take the kids to the Kids Zone to play in the bounce houses or to ride the train and the tea cups! Have their faces painted and listen to the professional storytellers. There will also be interactive activities for the kids.

Vendors will be available for you to purchase soaps, seasonings, jewelry, and much more. Be sure to sample the food on the food court before you settle in to enjoy the music.

Don’t forget to take in the watermelon cuttin’ and seed spittin’ contest. This promises to be lots of fun.

Keep reading to learn more about our artists for this year’s festival!

Join us on Friday evening to enjoy a showcase performance of 5 singer-songwriters on the Centennial Stage. Hear some great original songs destined to be hits. You can say you were one of the first to hear them. 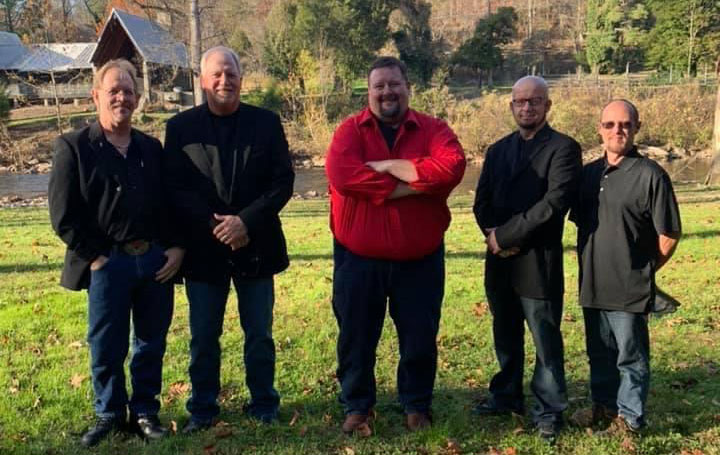 Tim Decker and Tennessee River as an official organized band formed in September of 2020. The group had played loosely as a jam band at the Sweetwater Fleamarket at Harley Music on Saturday or Sunday, plus other groups. The group will be releasing a CD in the next couple of months on the Arch Recording label in Chattanooga. You can find them on Facebook, YouTube and at Timdeckerandtennesseeriver.com.

The “WHIPPERSNAPPER STRING BAND” is bringing a fresh sound to the East Tennessee bluegrass scene. Led by two talented young Mainor brothers on banjo and upright bass, the WHIPPERSNAPPER STRING BAND is a family bluegrass affair, with Mama and Daddy playing backup mandolin and guitar. The group’s junior member, ETHAN (age 10), picked up a banjo during the COVID quarantine and has only put it down a time or two since. Known for his stoicism while he plays, this pint-size picker does a whole lot of pickin’ without a lot of grinnin’. ELI (age 12) began playing the upright bass in January 2022 and now has callouses as thick as his 6th-grade math textbook. The brothers gained notoriety quickly, playing fast, southern-style bluegrass songs at small community events in the Knoxville area. Their style is traditionally influenced by Flatt/Scruggs, with some gospel classics mixed in. 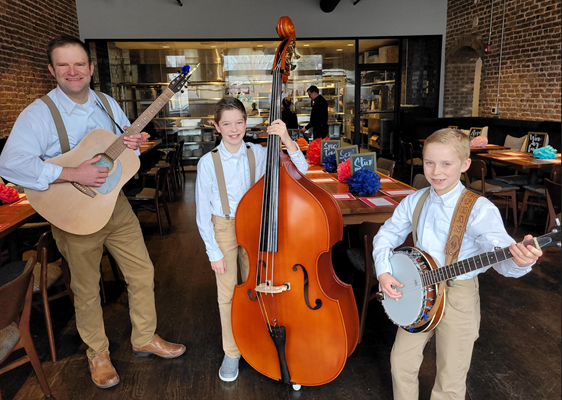 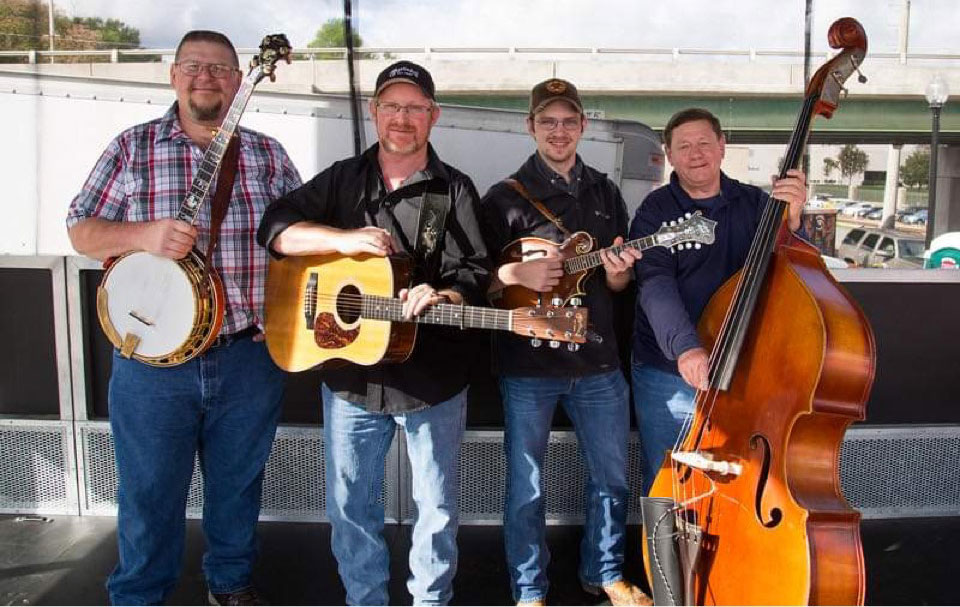 Started by father and son, Bobby Dale Cross and Philip Cross, the Double Cross Bluegrass band has a fan base spanning Tennessee, Georgia and Alabama. Coming from a background in gospel music, they ventured into bluegrass in 2012 where they found their home.

Double Cross has quite a few awards under their belt, among them Bobby Dale Cross was inducted into the Georgia Country music Hall of Fame in 2016 and the very impressive 2017 Classic Country Band of the Year by the Atlanta Society of Entertainers.

Summer of Love, led by Valerie and Jarade Sinclair, covers your favorite classic rock hits mostly from the 7o’s, along with some 60’s-90’s rock, with all the peaceful vibes and fun. You will be taken back to a simpler time when life was all about the tie-dye and the flowers. Valerie delivers strong vocals for an amazing performance. 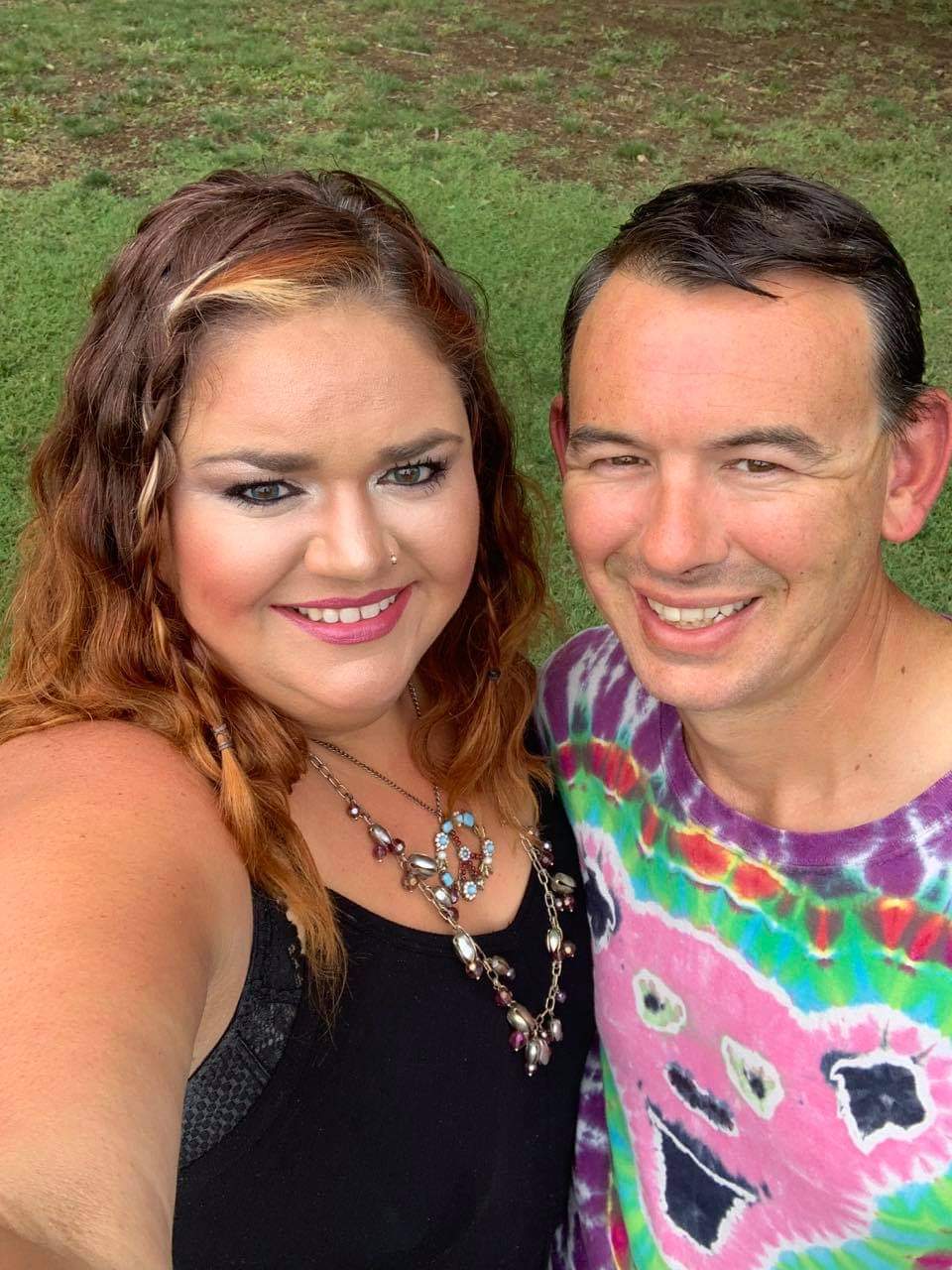 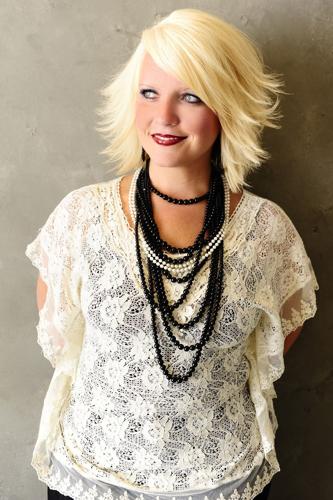 Carrie Hassler, of Pikeville, Tenn., is one of those voices you don’t forget. Her pure vocals launched her into stardom in 2006 with the release of the album “Carrie Hassler and Hard Rain” on Rural Rhythm Records; and today, she is one of the region’s leading ladies with a voice that is often compared to Etta James, Patsy Cline and Alison Krauss.
Her amazing voice, highly entertaining performances and numerous no. 1 albums and no. 1 singles have garnered great attention and helped her to cross many genres of music over the last several years. She has received the Country Song of the Year Award by Strictly Country Magazine, two IBMA nominations for her work on “The All-Star Jam Live at Graves Mountain”, received a SPBGMA Nomination for Female Vocalist of the Year, appeared on the cover of Bluegrass Music Profiles Magazine, and more. She garnered a no. 1 country single, “Country Strong” on European country radio and most recently hit the coveted #1 spot on SiriusXM Radio Bluegrass Junction’s Most Played Tracks in October 2012 with her song, “Luxury Liner.”
She will be performing with her band, Hard Rain, at the Scopes Festival on the Centennial stage. Last year at our Nokian Tyres Summer Nights Music Festival, Carrie stepped in to let Brandon Maddox have a break. She was immediately on our list for performers at Scopes this year. The crowd loved her.

From sharing the stage with superstar, Brett Eldredge, as well as acclaimed
performances in casinos, clubs, and festivals to having original songs featured in movies and appearing on TV and radio shows, Brandon Maddox, has quickly established himself as one of Country Music’s rising stars. He was named, “Monster Truck Artist of the Year” and was both a Josie Award recipient in 2017 for his hit single “Dixie Chaser” as well as the winner of “Song of the Year” in 2019 for his song “Drive Me to Drink.”
Brandon taught himself to play the guitar and wrote his first song at the tender age of 11 and now has an original catalog of over a thousand songs, a few of which have won awards. After college Brandon moved to Nashville from his hometown near Chattanooga, TN to pursue his songwriting passion
In 2014, he was selected as the Family Events “Monster Truck Artist of the Year” for his song “The Bigger The Wheels, The Better The Man”, and, at this point started touring the Midwest with the monster truck shows. Some of Brandon’s biggest influences in Country Music are Brad Paisley and Keith Urban, “I had grown up with the classics of country; Johnny Cash, Waylon, Hank Sr, but I drifted away from listening to the genre because I wasn’t enjoying what was on the radio.
That all changed when I saw, Brad Paisley, play at The Grand Old Opry, and I said, ‘now that guy can play the guitar!’” Brandon’s goal then was to merge that classic country sound with guitar driven melodies. “Brandon fuses today’s country with that traditional sound. A rising star over the Music City.”-Jaime Roberts/WOGT/WKSZ Chattanooga. “I’ve always thought about writing songs that move people—to dance, laugh, or cry,” Maddox says. His newest single “Cruising Through a Small Town” is clearly doing the job and evoking that response from patrons at his live shows. Every time it’s played in a live performance, there are audience members that point to their spouse and obviously can identify with the song. “As soon as we got back home to Nashville we knew we had to get in the studio with my producer, Doug Sisemore, of Reba McEntire’s band to capture the magic of this song.” Maddox’s new single has a universal theme and catchy lyrics driven by rocking guitars that will have you singing along by the second chorus. 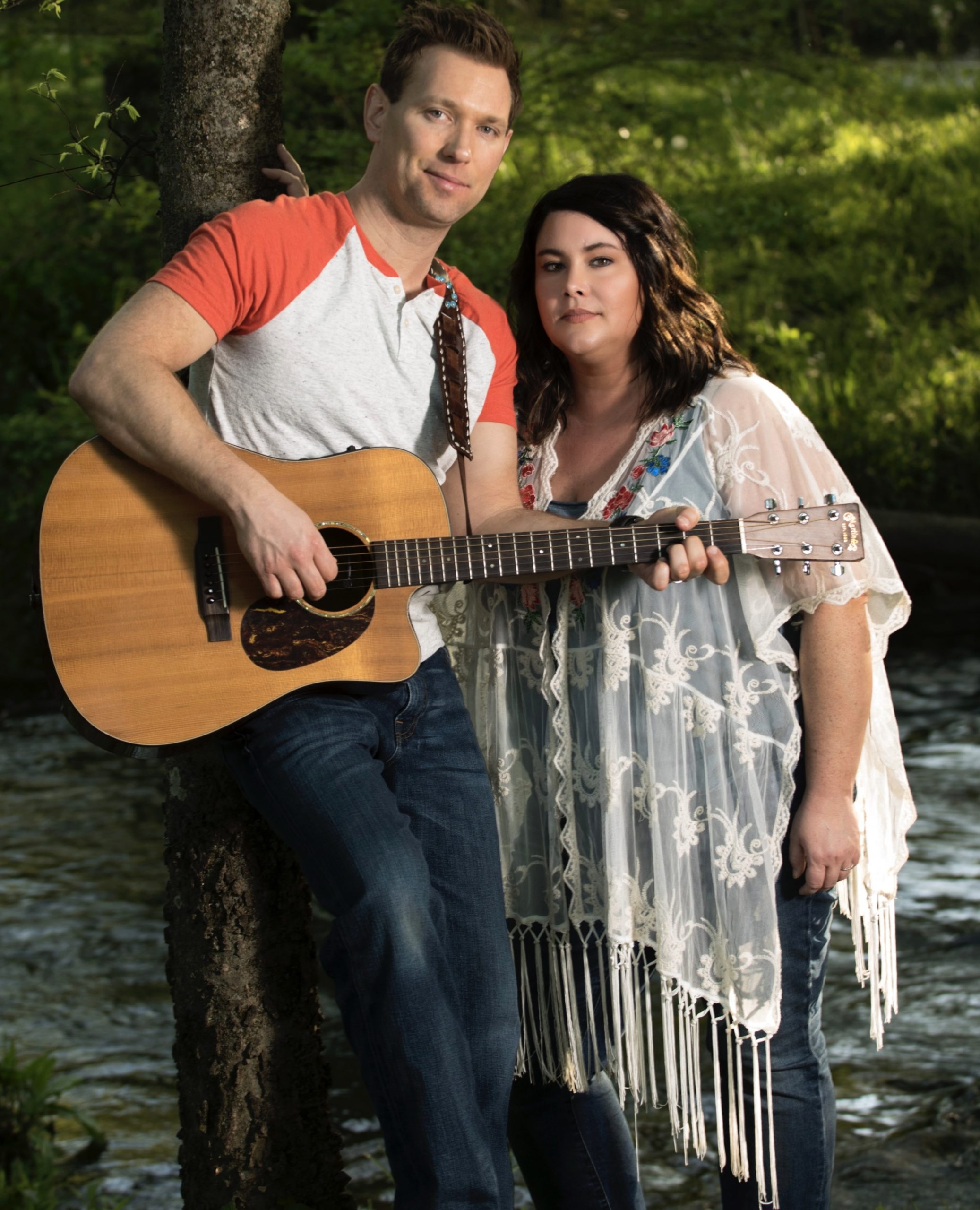 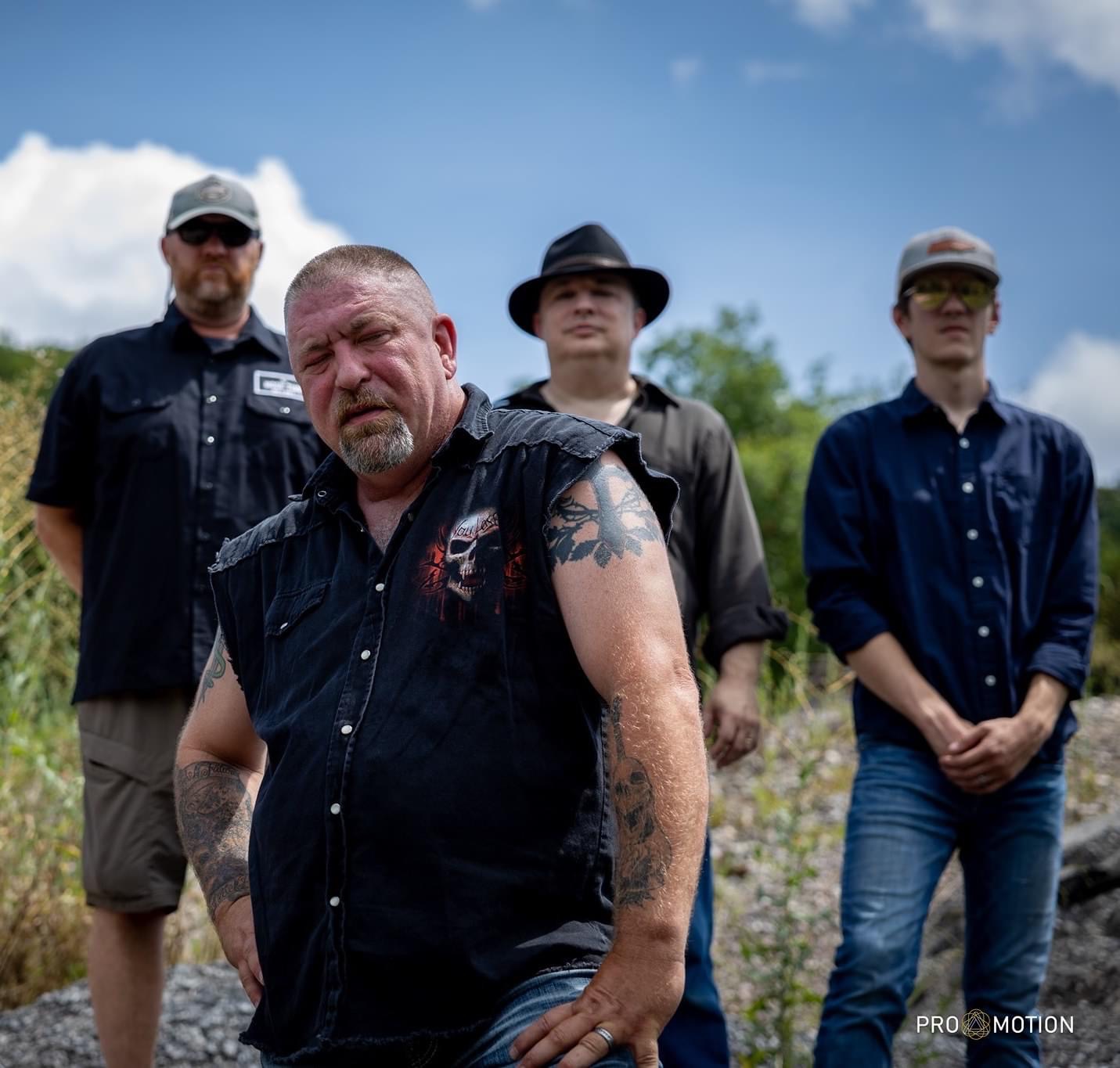 The Hugh Allen Band, one of the Southeast’s top country/rock bands, have been bringing that combined sound for well over 5 years. The bands captivating, high spirited and unique country rock sound takes fans back in time to the traditional and legendary sounds of yesterdays country and southern rock music! This is the perfect sound and the perfect band to close out our 2022 Scopes festival.

Get settled in to those chairs with some food from our amazing vendors and relax after a great day of festival fun.

We use cookies to ensure that we give you the best experience on our website. If you continue to use this site we will assume that you are happy with it.Ok